Healthy skin is beautiful, but often people are unhappy with the skin tone, whether it is too fair, too dark or too uneven. Our skin care expert, Mrs. Hannelore Thoma, knows what possibilities there are to influence the skin tone, the skin's natural color. 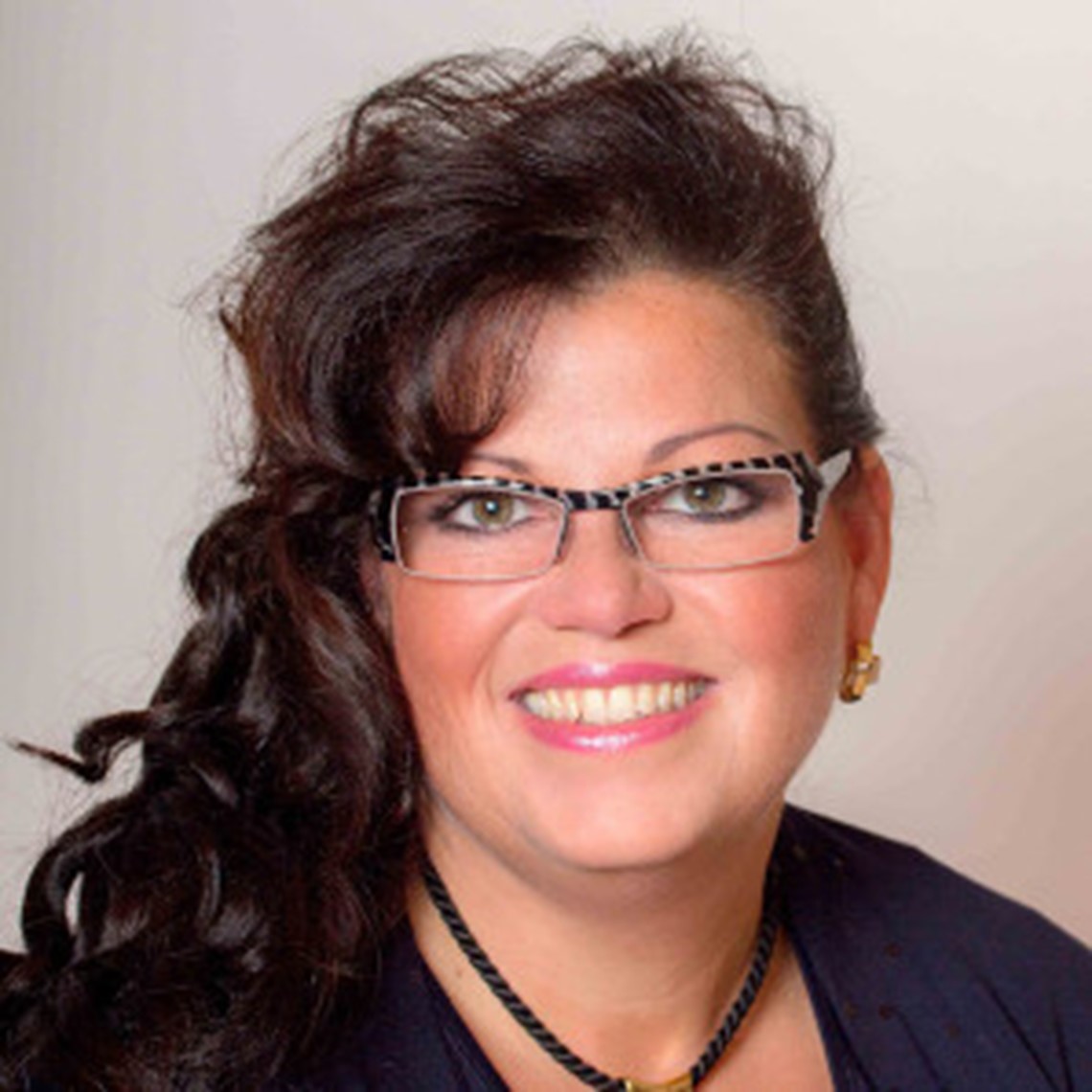 What determins the skin tone?

The skin is different from person to person and everyone has an individual skin type and texture. Many struggle with various skin problems throughout their lives. The skin also changes over the years and is exposed to the environmental influences. External factors (weather, UV radiation, stress, lifestyle) and internal factors (hormonal changes) all affect the appearance of the skin.

First of all, the skin color reflects where we or our ancestors come from. The hereditary factors determine whether, which and how many color pigments (melanin) our skin forms and give the skin, the hair and eyes their individual natural color. The production of melanin is directed by hormones. Referring to skin, the pigments settle in the upper skin layer and protect the underlying cells against UV radiation.

Melanin exists in two main forms: as brownish-black eumelanin and as yellowish-reddish phemelanin. Decisive for the skin color is the genetically fixed mixture and the distribution of the two components. The melanin production of the melanocytes is mainly controlled by incident UVB light. In addition to the genetic formula for the skin color, UVA and UVB radiation are responsible for the release of the color pigment melanin.

Via the UV radiation, also the geography affects the skin tone. The higher the local UV radiation, the darker the natural pigmentation of the skin. Compared to ancestral southern Europeans, Europeans from the north have a much lighter complexion. Their skin produces less melanin, and the pigments are mixed and dispersed differently compared to those of the Southeners. 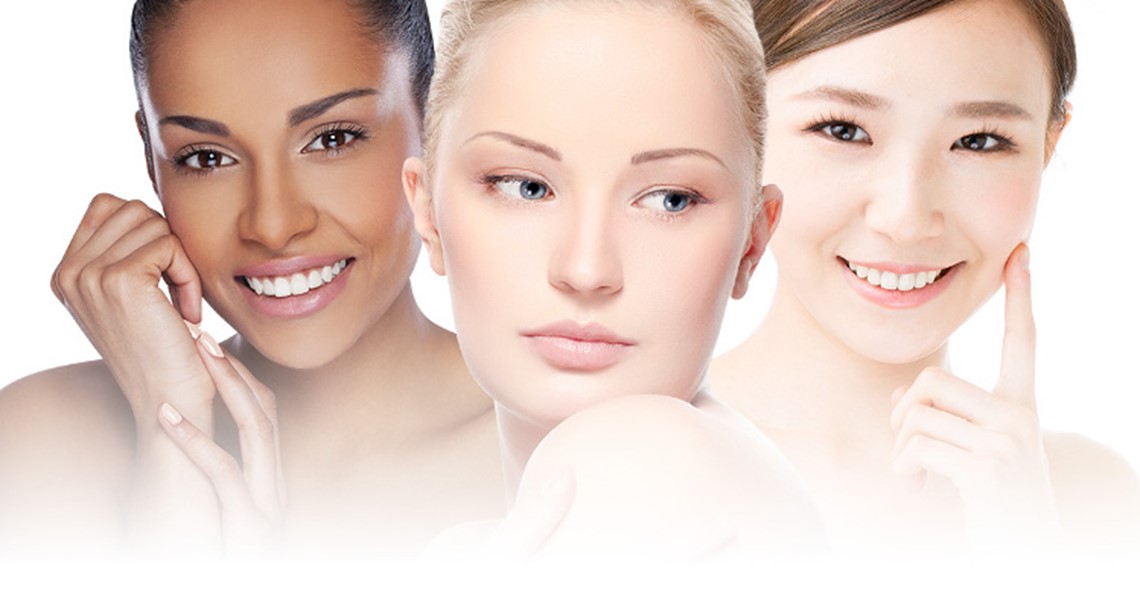 What is the ideal skin tone?

Here in our region of northern and central Europe, people often prefer tanned skin and try to get rid of pigmentation spots, that stand out due to their contrast effect. Although freckles are quite trendy every now and then, age spots, or hyperpigmentations commonly referred to as melasma (chloasma) are mostly unwelcome. For some, a tanned complexion symbolizes freshness and attractiveness, well-being and fitness, while others like a fair complexion with an evenly toned skin.

But also the preference for a pale skin has been trendy also in Europe. In Germany people sometimes speak of "someone having a noble pallor", a saying with a historical background. In ancient times white skin was considered a symbol of wealth and prosperity. In ancient Egypt, it was customary to judge people’s financial circumstances based on things like the skin color. The prevailing opinion was the darker, the poorer, because the darker the skin was, the more people had to spend time working outside in the sun.

In the Renaissance, until the 20th century, flawless paleness was in Europe a symbol of beauty and prosperity. Back then, some tricks helped to give the face the desired noble, bright glow. Whether lead-containing whitening makeup, puffs or waxes - everything was welcome as a means to achieve a pale complexion. For the skin, these treatments had serious consequences, because the white lead pigment paste used was finally revealed as a poison.

In other regions, the present trend goes to a very pale skin. Especially in many Asian countries, the aim is an even and first and foremost a fair skin. It is considered a beauty ideal and so skin lightening with sometimes very drastic and harmful methods is widely spread. Many of the creams on offer contain banned and highly toxic ingredients such as mercury, hydroquinone and steroids, which can cause hyperpigmentation, severe irreparable skin damage and, in the worst case, even cancer. Nevertheless, the trend continues and skin brightening is now increasingly trending also in the US and Europe.

What can I do myself to influence my skin tone?

Anyone who avoids the sun, stays in the shade, prefers the protection of a sunshade and protects the skin with sunscreen products, does already a good job here. In addition to UV protection also protection from infrared (IR) radiation is important for maintaining a healthy skin, a screen integrated in our Face Guard Advanced. Infrared light penetrates into the depths of the skin and leaves there irreparable damage, which reflects in the appearance of the skin on the surface.

Products which inhibit tyrosinase (tanning of the skin via the melanocytes) perform well and the innovative active ingredients have proven effective with regular and permanent use. A well-known and good helper is also vitamin C, known already for long time as a brightening agent, because it inhibits excessive melanin formation. However, this procedure needs time, because the complete renewal of the skin takes at least 28 days, so the results will not be immediately visible. Once the treatment influencing the skin tone is stopped, the genetically fixed skin color automatically reappears. 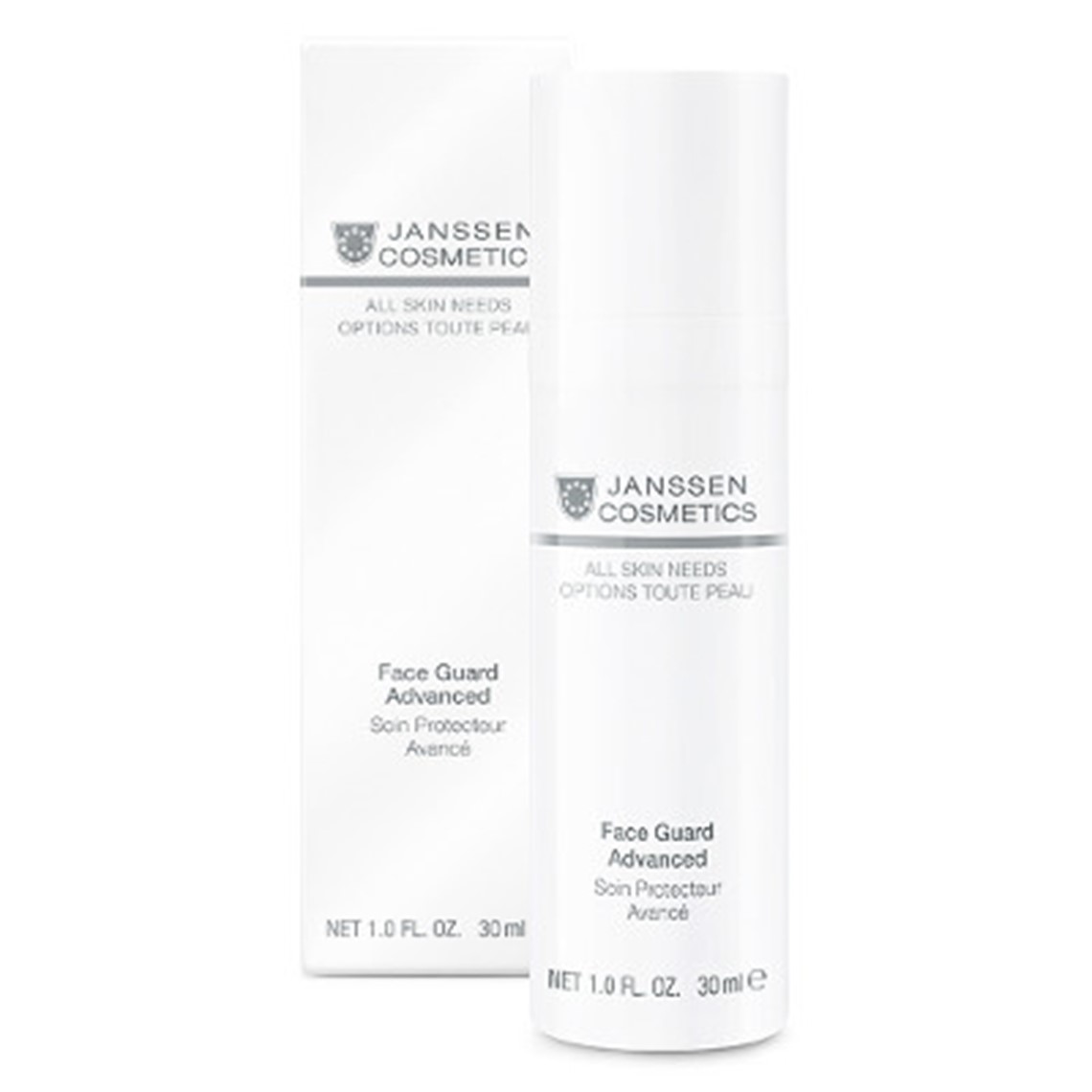 Also various peeling methods can be used to treat the skin surface. We have apparative methods, such as microdermabrasion (may only be performed by a trained beautician) or chemical peels, performed by a dermatologist. Other available methods in the beauty salon are buffered fruit acids (up to a pH of 3.5), herbal deep peeling and enzymatic peeling. These treatments should be repeated at suitable intervals as a single treatment alone can never achieve the maximum effect. 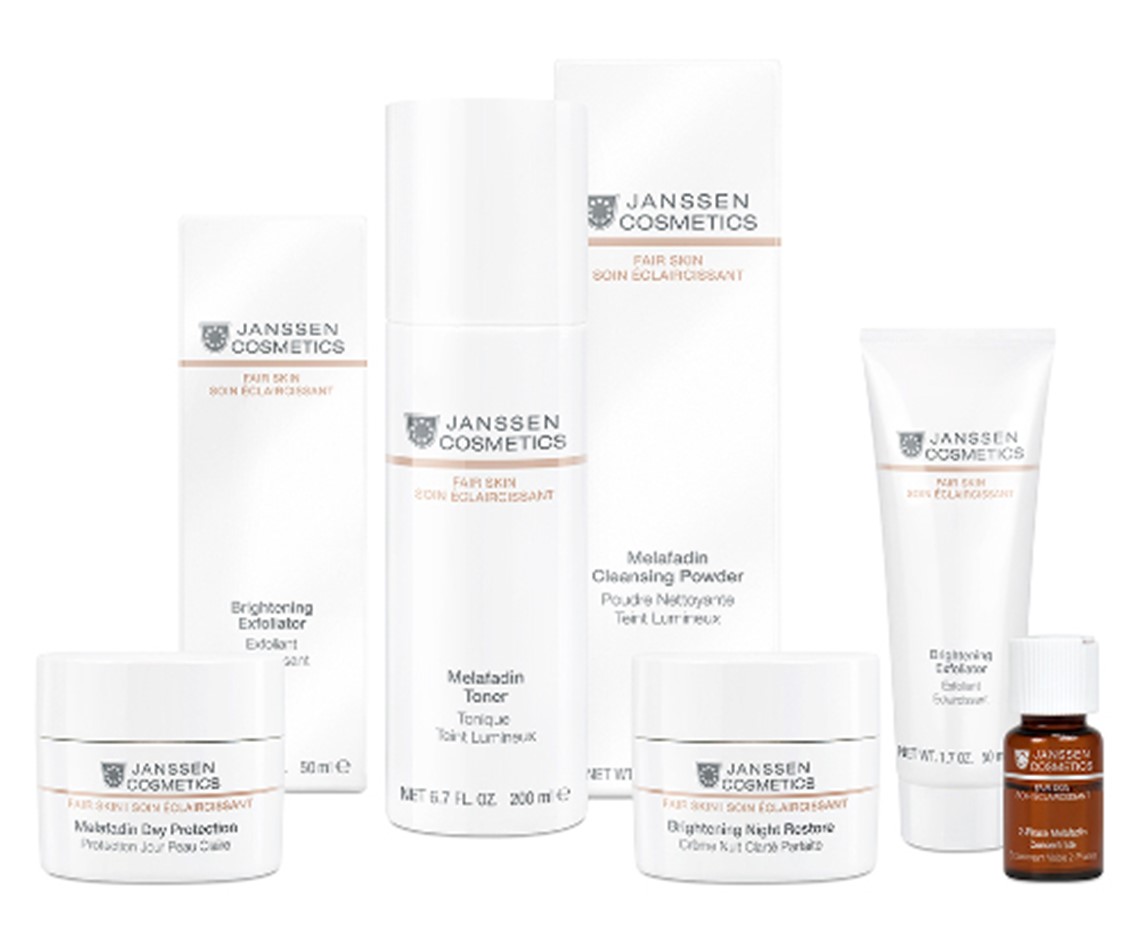 For those who would like to start with a light variant of brightening, should ask the beautician for vitamin C treatments that are usually good for the skin. Vitamin C is an excellent antioxidant and significantly involved in the production and reorganization of collagen fibers in the extracellular matrix of the skin. Intensive treatments in the beauty salon should include a treatment recommendation to continue at home, for example with our brightening skin care products from the Fair Skin series.

What are the dangers of brightening treatments?

Excessively tanned skin ages prematurely, so strong sunlight, be it the natural or especially the artificial UV radiation of a sunbed, damage the skin at regular and intense exposure, even at a young age. Moreover, the risk of skin cancer increases drastically.

Skin brightening treatments, no matter what method is used (mechanical, chemical, enzymatic, etc.) always weaken skin’s own protection mechanisms. It is therefore absolutely necessary to take additional care of sun protection with SPF 30 or 50, e.g. with Janssen Cosmetics' SUN series. Failure to do so will result in damage on the skin (sunburn, etc.), followed by hyperpigmentation, uneven skin tone and even worse side effects. So continuous sunscreen to exclude further damage is a must when using skin brightening products. 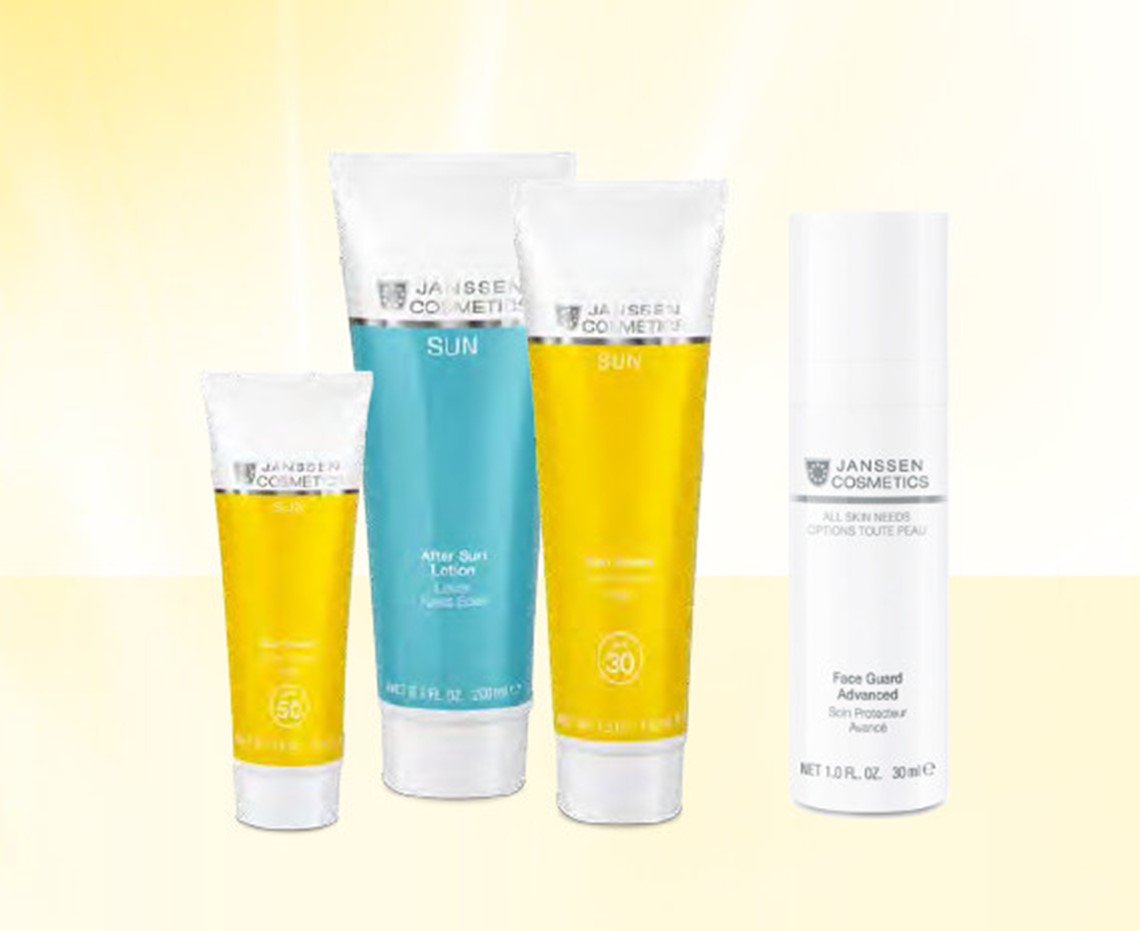