The cosmetics manufacturer Janssen Cosmetics has been based in the industrial zone Pascalstraße in Aachen-Oberforstbach since 1993. In 1997, the company was founded in its current legal form and thus celebrated its 20th anniversary last year.

For the anniversary, the planning of a second expansion of operations was started and the construction of a new office building with functional rooms for order picking and packaging of cosmetic products was started. The neat construction was built in record time and will be handed over at the end of July 2018.

The address of this extension is now a true cosmetic hub in the making. In addition to Janssen Cosmetics, the company Inspira Cosmetics has meanwhile moved into the new office space, also that company was previously based in Hirzenrott. In this part of the business park is also the company Cosme Care, a company for the development, production and packaging of cosmetic products. In addition to the new building of Janssen Cosmetics, another project is under construction and is nearing completion: the development laboratory and competence center of Dr. Sacher Kosmetik, which probably moves in September from Roetgen to this new location Aachen.

The multifunctional building will be officially handed over to Janssen Cosmetics on September 4th,  2018. 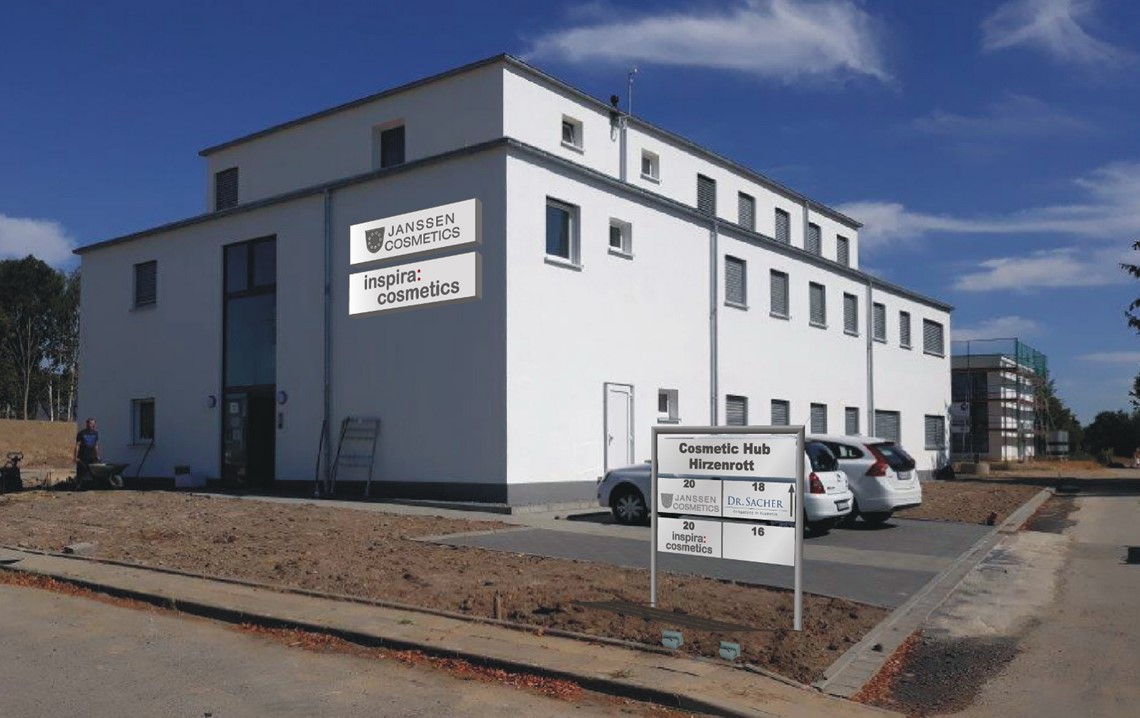